This year from the 18th to the 20th of August in Paris, Ontario, the 3rd Fat Shark Frenzy (FSF) took place, and UVify brought the Draco.

The FSF is an event with less focus toward competition, and more focus toward celebrating the hobbies that are built around FPV. The most popular of these hobbies is, of course, the rapidly growing sport of Drone Racing. Despite the event’s focus not being on competition, the epic race track of 20 gates of varied elevations was the center of attention. People of all ages and from beginners to professionals made the journey to the FSF to showcase their skills and machines.

UVify was there from the start to get a piece of the action. On Friday the 18th, during practice, the Draco was well received and caught the eye of many pilots while holding it’s position on the race queue table. While in the air, it performed admirably against the fleet of custom machines, all while generating a beautiful, yet formidable presence with it’s onslaught of vibrant LEDs.

On Saturday the 19th, Draco earned a position in the double elimination bracket by attaining a competitive qualifying time. “So this is the RTF that beat me!” one pilot exclaimed as he picked up the Draco after a race. On Sunday the 20th, UVify Team Pilot Trevor ‘Viking’ Christensen earned 1st place in the Freestyle competition through a series of teeth-grinding proximity and open air acrobatics. 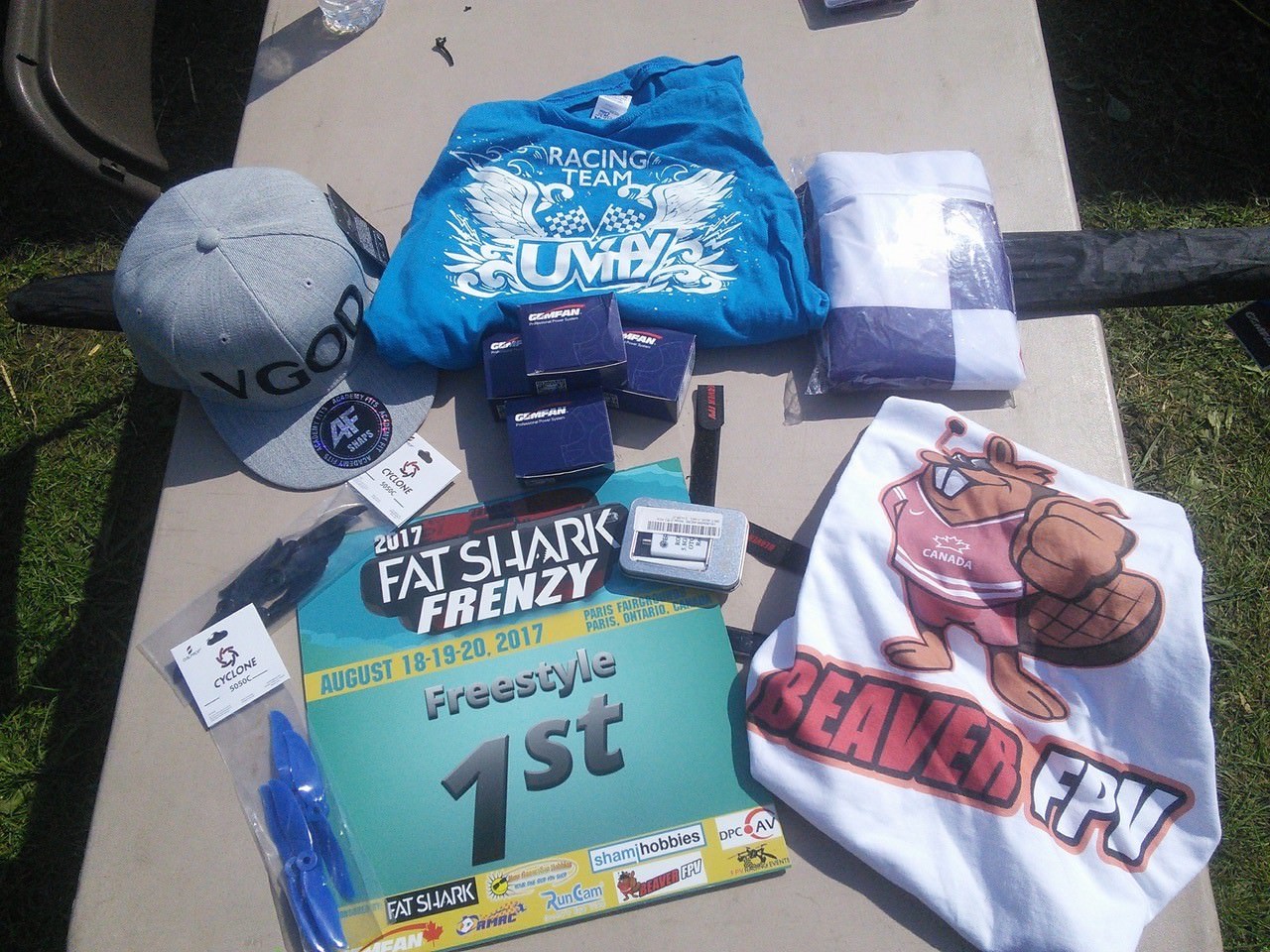 Fat Shark Frenzy 2017 was an incredible event run by Joe Scully of FPV Racing Events. With all of the equipment required to run an FPV show efficiently and properly, it was a weekend to remember. From volunteering to set up the track on the first day, to packing up the final pieces of gear on the last day, UVify and the Draco made a great impression on the community throughout the entire weekend.

Menu
Latest Posts
We use cookies and other tracking technologies to improve your browsing experience on our site, analyze site traffic and to understand where our audience is coming from. To find out more or to opt-out, please read our Privacy Policy, which has also been updated and became effective May 23rd, 2018. By choosing I Accept, you consent to our use of cookies and other tracking technologies.I acceptPrivacy policy